This is why vaping is banned across Canada 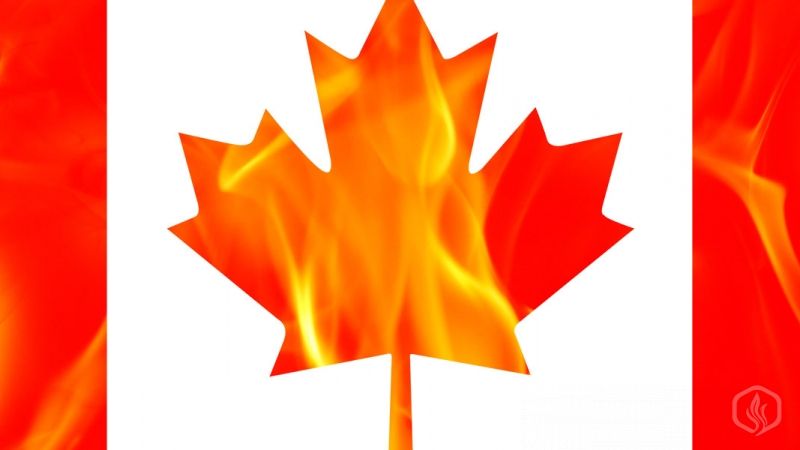 Red Deer is a city in Central Alberta, Canada, located near the midpoint of the Calgaryâ€“Edmonton Corridor and is surrounded by Red Deer County. It is Alberta's third-most-populous city â€“ after Calgary and Edmonton. E-cigarettes sales have exponentially grown at one Red Deer vape shop, but a city decision later this June to put them under smoking bylaws has left local business steaming.

â€˜Weâ€™ve had e-cigs for five or six years, but in the last year itâ€™s really exploded,â€™ told Nicole Rasse, who is working at the family-owned Gordâ€™s Smoke Shop. â€˜Itâ€™s kind of a bigger thing down in the States, but itâ€™s making its way to Canada.â€™

Ecigs use internal batteries to heat up a nicotine based e-liquid (sometimes the e-liquid is only flavored and contains 0% nicotine) and to produce an inhalable steam nicotine and range from $10 for a disposable up to $150 for luxury models like advanced personal vaporizers and mechanical mods. The industry estimates that last yearâ€™s worldwide sales have been around nearly $3 billion.

At the end of June, this year, a city statement declared that Red Deer â€˜is clearing the airâ€™ on e-cigarettes â€˜in response to questions from members of the community.â€™

â€˜Upon review of its Smoke Free Bylaw, the city has confirmed the bylaw and its definition of

Kate Ackerman is on the Electronic Cigarette Industry Trade Association board of directors and has her own business in Mountain View County, said sheâ€™s â€˜in shock and aweâ€™ by the new law. â€˜Iâ€™m very, very discouraged to see this happen. It appears that Red Deer made this decision without talking to anyone.â€™

Back in 2009, Health Canada advised against electronic cigarette use until relevant studies would show their effects. While restrictions exist for nicotine products, e-cigarette sales remain a unregulated for the time being. Ackerman says some people take up e-cigarettes because theyâ€™re trying to kick the nasty habit of smoking tobacco, though theyâ€™ll now be told to stand near cigarette smokers. She believes e-cigarettes represent â€˜a way you can smoke in more places,â€™ â€˜A lot of people have switched to these devices so theyâ€™re not outside in -30 degrees weather.â€™

Rasse suggests a more cautious city policy would enable e-cig use in dedicated areas, or â€˜vapingâ€™ lounges. â€™I think a lot of people react harshly because it is so much like smoking, â€˜ said Rasse, believing the stigma transcends cigarettes, marijuana and e-cigarettes.