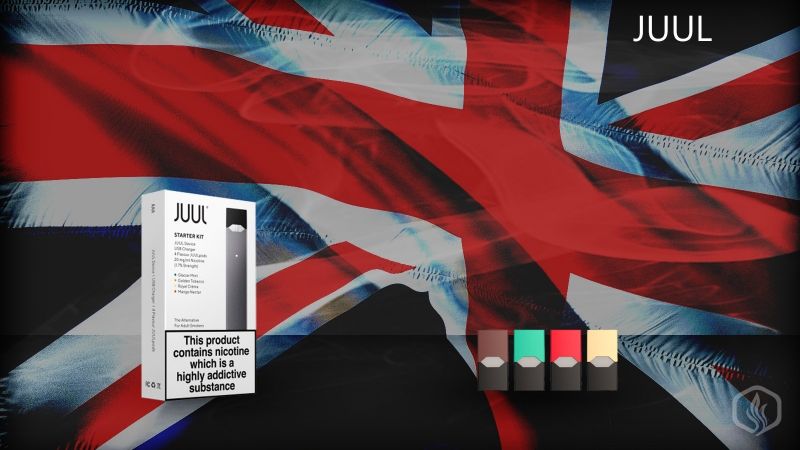 America's fastest growing electronic cigarette is expanding. Starting this week the JUUL ecig is coming to the UK hoping to replicate its massive success back home. After becoming a big hit in Israel â€“ JUUL's first international market where it was launched back in February â€“ the tiny pod system will now become available in 250 vape stores all across England and Scotland.

What is the JUUL

The JUUL is an ultra-portable pod system ecig that looks like a flash drive. It features a small rechargeable battery and it works with nicotine pods. Due to its automatic temperature control and regulated output the JUUL offers a consistent hit each time without any burnt taste. The company uses top quality nicotine salts instead of the industry standard "freebase" nicotine and this gives it an advantage over the competition. Nic salts give a unique vapor experience that's similar to that of smoking real cigarettes.

The device was developed by Silicon Valley startup Juul Labs Inc. and has become the best selling pod system vapes in the United States. It managed to grab almost 70% of the total US e-cig market in just three years and now it's expanding.

Where to buy the JUUL in the UK

According to the company, the tiny ecig will be available in up to 250 vape shops all across England and Scotland. Vapers in the United Kingdom can also buy the starter kit directly from the JUUL UK website.

A starter pack costs Â£29.99. This includes the battery, a small USB charger as well as four flavor pods. You can also buy just the battery and charger kit for Â£24.99. In both cases the batteries are covered by a 2-year limited warranty. A four-pack of pods sells for Â£9.99 and there are four flavors to choose from.

US JUUL VS UK JUUL

But the biggest difference between the two JUULs is their pods. Because of European TPD regulations the maximum allowed nicotine concentration is 20mg. This is less than half of the US JUUL nicotine concentration of 5%. European pods have 1.7% nicotine salts by weight and the flavors have different names from their American counterparts.

UK vapers can choose from JUUL pod flavors like Golden Tobacco, Glacier Mint, Mango Nectar and Royal CrÃ¨me. However we are not 100% sure these flavors are similar to Virginia Tobacco, Cool Mint, Mango, and CrÃ¨me Brulee or have more in common with the JUUL Limited Edition flavors.

The absolute novelty is a pod called "Apple Orchard", which looks like it's only going to be available in the UK.

Finally, the last difference that we noticed is that there's no Auto-Ship program for the United Kingdom.

Where else to expect the JUUL

According to JUUL's co-founder and Chief Technology Officer, the company has future launching plans in Europe and Asia. France, Germany and Italy will probably be on the radar as well as Singapore.

JUUL Vapor has raised $650 million from investors of an estimated $1.25 billion fund raising round. The money will be used for international expansion as well as the development of a newer version of the popular ecig. 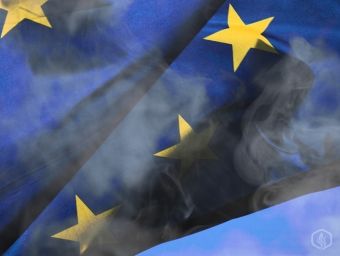