Are we really saving money with the new Pod Vapes? Side by side comparison 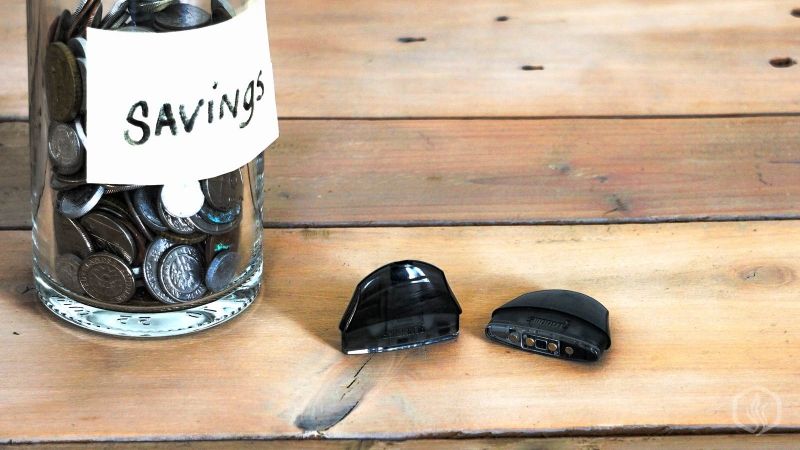 Pod Mods are incredibly popular these days and highly efficient. From pre-filled cartridge devices like the JUUL to refillable alternatives such as the SMOK Infinix, these tiny devices are everywhere. Combined with the high concentration of nicotine salts, they really deliver that cigarette like experience, but how are these vapes cost wise? Are we really saving money with the new pod systems or it's all just marketing tricks?

We are going to put some of these pod vapes side by side, sum up their monthly costs and compare them with traditional box mods. Of course individual results may vary because all these criteria are subjective, however it's a good way of understanding the full picture before actually buying a pod vape.

Monthly cost of a pod mod with pre-filled cartridges

Since this is obviously the most popular device on the market, we are going to start off with the JUUL cig. The tiny closed system vape sells for $49.99 and it includes four pods.

Extra pods sell for $15.99 a 4-pack and one of these cartridges lasts anywhere from one to three days. We decided to take an average of 20 pods used per month and we came up with $106 spent in the first 30 days. After that, total cost drops to an average monthly expense of around $80.

We also compared three other popular pre-filled pod systems and the BO One came out the most expensive, with a monthly cost of around $120. However, the BO pods are way bigger than those of the JUUL, so chances are you won't use as many each month.

Monthly cost of a pod vape with refillable cartridges

In the case of refillable pod vaporizers, costs should be even lower since we only need a bottle or two of e-liquid each month. However, there are a few things that need to be taken into consideration, the most important of which is the cost of individual pods. These containers cannot be refilled indefinitely and most of them have to be discarded after around 5 â€“ 10 uses.

We used the Suorin Drop as our main refillable pod system and considered an average amount of 1.5ml nic salts eliquid each day. As the preferred e-liquid we went for Yami Salt, 50mg, in 30ml gorilla bottle. We also averaged around 10 refills per cartridge, even though most users tend to go a lot higher.

As expected, the monthly cost of a refillable pod mod is around $38 if you're a moderate vaper and use 50mg nicotine salts e-liquids. The Smoant S8 is the winner in this category but only by small margin. At the same time the SMOK Infinix came out as one of the most affordable options.

Box mods and freebase nicotine e-liquids are still the most popular means of vaping. Dozens of new devices are released each month and they are great for any type of user, from beginner to pro. For our estimations we considered the SMOK Majesty kit, a reasonably priced dual 18650 box mod fitted with a 4ml capacity sub ohm tank.

We also averaged a daily e-liquid use of 7ml and changed the coil once every 10 days. The e-juice we picked is The Man by One Hit Wonder, 3mg nicotine concentration and 100ml bottle.

In this case we had an initial cost of around $129 for the first 30 days, but which dropped to almost half in the following months.

So which devices are the cheapest?

The results were really interesting and it turns out that some pod mods can really help save money. By combining the flexibility of e-liquid refills with the high concentration of nicotine salts, refillable pod systems are the cheapest vapes out there.

On the other hand, pre-filled pod devices aren't as expensive as we might have thought, their overall monthly cost being of around 30% more than that of traditional box mods. And if you think about the benefits like their ease of use, discretion and nicotine satisfaction the fact that they are becoming more and more popular doesn't come as a surprise.