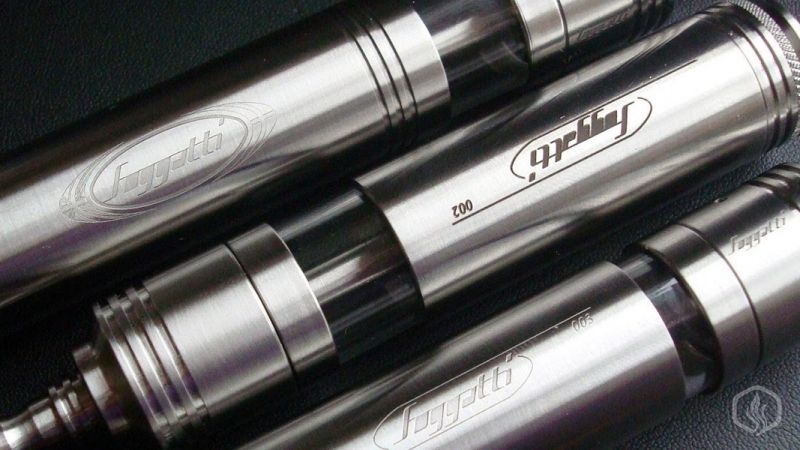 After some time of enjoying your e-cigarette you may find that none of the starter kits give you the purest 100% vaping experience youâ€™ve been craving for and if you were allowed to tweak your device just a bit then youâ€™ll definitely get a better result. This is where â€˜modsâ€™ step in and they basically refer to personal vaporizers that offer a lot of customizations to the whole vaping experience and also an alternative to cigarette a likes.

By creating their own e-cigs, modders are able to use replaceable batteries that give much better autonomy and performance. Mods come in all shapes and sizes and offer users a wide choice in the output voltage or wattage.

Judging by their physical aspect, mods are often placed in two categories: tube mods (which are generally tubular in shape) and box mods (which, as the name sounds, it is shaped as a box). Also there are mechanical mods (with no electrical circuits, voltage regulators or protection that just have a button to activate the battery) and variable voltage/wattage mods (these devices allow the user to choose between variable electrical settings in order to get the best vaping experience to suit all needs).

Its name comes from the small, highly maneuverable sailing ship developed in the 15th century by the Portuguese to explore along the West African coast and into the Atlantic Ocean. It is a project started in 2012 and produced by Pedro Carvalho from Braga - Portugal. The mod is a tube-like monster, very chunky, handmade and individually numbered that packs a lot of vaping power. The body is made of brass and stainless steel and it comes in three sizes depending on the batter: the 18350, 18500 and 18650.

Designed by the internationally renowned mod maker Foggatti, the T22 Hybrid mod has a thick brushed stainless steel body made of two parts that sandwich the pyrex tank located between them. The mod is available in two sizes: 18350 and 18650, each having the option of a 2.5ml or a 4ml tank. The â€˜Foggattiâ€™ logo is inscribed on the device like on a classical sports car, making the T22 Hybrid one of the most eye-candy mods out there.

This is the kind of mod where the name speaks for itself and the first thing youâ€™ll notice about it is the bizarre angular shape. Itâ€™s made from thick, â€˜surgical gradeâ€™ stainless steel and it is designed by M1Vapors. It is loaded with features, with a custom drip-tip, adjustable throat-hit, options for single, dual or U-wick configuration and a re-buildable Genesis style atomizer. It accepts AW IMR 18650 and 18350 batteries and it has a quad -windowed tank shield design.

These mods are incredibly poplar and are not mass produced. Each of them has long waiting lists until the next batch is released and they sell in a matter of seconds. Owners take great pride in these devices and they are considered classics.