The soft filter e-cigarette ready to hit the market 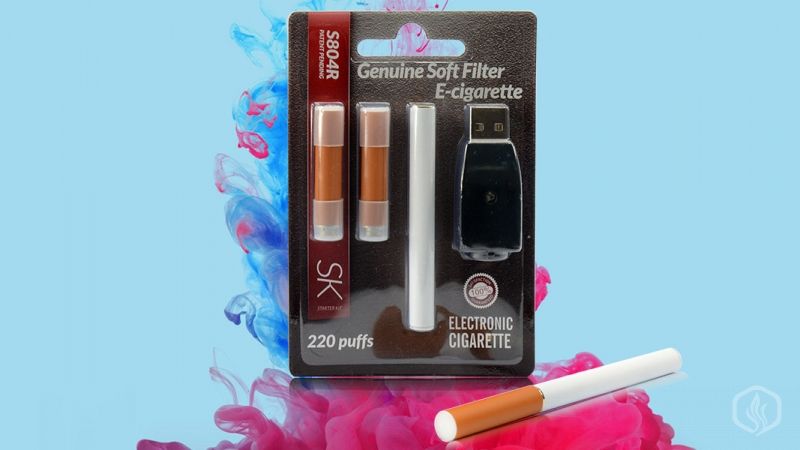 Electronic cigarettes are battery-powered devices used to heat up a nicotine-based substance called e-liquid into thick clouds of vapor that users inhale. The process is referred to as vaping and itâ€™s similar to smoking tobacco but without the hazardous health concerns and carcinogens. Ecigs became very popular as the years went by, from their first introduction to the market about a decade ago with numerous innovations and constant breakthroughs.

From a very small community and very few devices to choose from, now the industry has evolved into a $2 billion worth global movement that attracts new fans every day and offers a healthier alternative to traditional smoking. With the e-cigarette industry being in a continuous transformation, new developments are making the news every day, some of which are very interesting and revolutionary.

With users fast switching from ordinary cig-a-like models to more advanced models like AVPs and mechanical mods, companies are struggling to appeal to their customers with new features that would make their experience worthwhile. Cig-a-likes are electronic cigarettes designed of two pieces (the battery and the cartridge) that are made to resemble combustible analogs. From their shape and size to even the red-glowing LED tips that light up each time the user takes a puff, these devices gained a lot of popularity as ex-smokers where tying to kick the habit but at the same time get their nicotine fix and calm their oral and gesture fixations.

And even though e-cigarettes mimicked traditional cigs in all details, there was one thing where they were struggling â€“ the mouth tip. This is where FirstUnion comes under the spotlight. Established in 2004, FirstUnion Group is the largest manufacturer of electronic cigarettes in the world based in Shenzhen, Guangdong, China. Employing more than 10,000 staff, they have three factories with areas of 120,000 square meters equipped with LEAN production lines that meet the dust-free requirement.

FirstUnion and a world-renowned pharmaceutical company have reached an important partnership in promoting a healthy alternative to tobacco smoking. And in order to reach its goal of bringing the best technology to its customers, the company has come up with a brand new product called S804R â€“ a first soft filter e-cigarette.

The S804R gives that real soft feeling of a traditional cigarette, being comfortable against the lips and delivering a rich and pure taste. The genuine soft filter of S8084R gives an authentic feel and sensation, the same you get with traditional combustible cigarettes. Complementing the design is a pleasing red colored LED tip that glows red with each draw, providing vapers with a more visual smoking look.

The starter kit comes with two cartomizers, a USB charger and a battery. The one-inch cartomizer can be changed very quickly. The S804R is accounted for up to 220 puffs and more than 300 recharge cycles