The short history of the atomizer - How these came to light 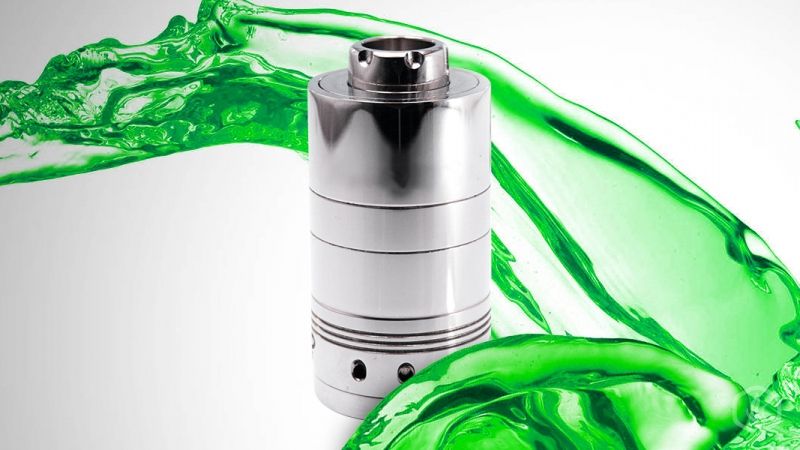 The history of electronic cigarettes is not that long, these devices being introduced on the market starting with 2006/2007 but their popularity has increased exponentially and itâ€™s still growing as we speak.

What makes these atomizers so attractive is the fact that they can give a very similar experience to that of smoking in matters of vapor production, throat hit and flavor, but the fact is that things havenâ€™t been like this from the beginning.

First ecigs were kind of flimsy

The first vapers had to struggle with a lot of difficulties, since vapes didnâ€™t always perform as expected and there were many problems especially concerning the atomizers and batteries.

From incorrect wicking designs to clogging and leaks, the e-cigs we have today are mostly part of a trial and error approach and looking at how great todayâ€™s vape tanks perform, the journey of getting them to this point had to be long and with many trips back to the drawing board.

We are going to take a look at the heating element found in all of the e-cigarettes or mech mods out there, from the beginning to where they stand today, so prepare for one historical journey.

The standard atomizer was the pioneer of electronic cigarette heating elements and its principle is still applied today, but in much more advanced ways. Even though there were a few design types, they all worked in the same manner and the one that became the most popular was 510 threaded.

Nowadays, the 510 threading is standard in all e-cigarettes and accessories, but it all started with vapers appreciating more this type of connection from the moment it was introduced.

The cartridge was stuffed with filling material (cotton or polyfill) that absorbed the e-liquid and rested on the atomizer via a bridge made from a metallic mesh. The e-liquid would slowly feed the atomizer through a wick and would be transformed into vapor. Another way the first atomizer was used is by direct dripping.

Very similar to the process that involves using any of todayâ€™s RDAs, vapers would drip e-juice straight onto the bridge, connect their drip tip and enjoy e few delicious puffs.

The problems with these initial atomizers were quite a few, and the most important ones involved e-liquid getting into the air-hole in the cartridge and eventually in the userâ€™s mouth.

Another common problem was leaking, and since many vapers struggled with e-juice coming out of the bottom of their cartridge this paved the path to the â€˜drip shieldsâ€™ we have today.

Cartomizers - they came with improvements

Cartomizers came second in line and they addressed most of the issues of the original atomizers. By combining the atomizer and cartridge into a single unit, manufacturers managed to put more e-liquid inside and managed to increase the autonomy of e-cigarettes since they now didn't require anymore dripping. A bit taller than an original atomizer, the cartomizer had the filling material stuffed inside but in a rather different array.

This gave birth to the two-piece cig-a-like design, that we still see today and really boasted the e-cigaretteâ€™s appeal to the millions of world-wide smokers that wanted to quit. With only the cartomizer having to screw onto the battery, these devices were very simple to use and many companies became specialized into selling this model alone even today.

But at the same time, these cartomizers didnâ€™t last very long, and depending on use, they could withstand anywhere from three days to a week of vaping. But the inventive vapers came out with options for putting even more e-juice in the cartomizer, one of the methods being called the â€˜condom methodâ€™. This involves using the silicone rubber the carto comes wrapped in and filling it with e-liquid then pressing the unit back in. This ensures all the polyfill becomes saturated with e-juice and also eliminates the need for priming.

Cartomizer tanks didnâ€™t come as the next types of cartomizers, but rather more as an improvement. They featured a big reservoir (tank) surround a cartomizer to hold several ml of e-liquid. This gave a far better autonomy to vapers and the only thing they had to do was recharge their battery on a daily basis.

The cartomizer had a hole drilled in right at the bottom which ensured a steady flow of e-liquid going to the polyfill and keeping it saturated. Through the use of natural physical phenomenon called suction, as the e-juice gets vaporized by the atomizer, more of it gets into the polyfill because of the vacuum. The device could be refilled and the use of O-rings made it possible to get rid of most leakages.

An improvement to the regular cartomizer tank featured the use of dual coils, which gave a far better vapor production and revolutionized a great part of the e-cigarette market we see today. This device became extremely popular and still resides at the turning point of the creation to many tanks we use nowadays.

The most common problem with the cartomizer tank was the fact that it had wicking issues when used with thick e-liquids. Besides this, the use of low quality O-rings made it easily for it to slip from the original position.

Clearomizers also derived from cartomizers, but these devices were totally transparent hence the term â€˜clearâ€™-o-mizer. The thing that set these gizmos aside was the fact that the heating element was located at the top and the internal wicking was different.

They could hold a lot more e-liquid than cartomizers and they could be refilled in an instant. And while they hit the market at roughly about the same time as cartomizer tanks, they also had a massive success with vapers all over the world and they managed to create a different type of revolution that was responsible for some of todayâ€™s most successful designs.

A variation of the clearomizer was the bottom coil version, which managed to solve some of the problems of the initial design, and also had a lot of success inside the vaping community. This variation later transformed into the use of dual coils and gave birth to â€˜BDCâ€™ designs that are extremely popular today.

The only problem these clearomizer faced is that when you use them with thicker e-liquids they sometimes fail to wick properly giving some harsh dry hits from time to time. However, nowadays we have powerful sub ohm tanks for high vg e-liquids which no longer have the issue.

As opposed to regular designs that involved replacing the atomizers once they underperformed, these new devices gave the users the ability to build their own coils and besides saving on costs on the long run they delivered a far superior quantity of vapor, paired with a stronger flavor and a better throat hit.

These devices are constructed usually from stainless steel and are very durable. They can least for years and building the coils is not that hard once you start to get the hang of it.

By building their own coils, vapers had the opportunity to experiment with sub-ohm configurations and managed to puff at resistances of 0.4 to even 0.2 Ohms. This delivered huge clouds of vaper and later on became a niche of the vaping community called â€˜cloud chasingâ€™.

With so many devices on the market, some vapers wanted the best of both worlds, and this encouraged the design of hybrid clearomizers. A hybrid clearomizer gives the same performance as a rebuildable but without having to address all the hassle of building coils at home.

The hybrid has the same principle as a modern clearomizer but is fitted with a replaceable atomizer head that can easily be disposed once it starts underperforming. This tank can also go sub-ohm with atomizer heads having a resistance of 0.5Ohms.

The truth is that the evolution of atomizers has really shaped the whole vaping industry we have today and without the innovations made in the field, surely e-cigarettes wouldn't have been this popular.