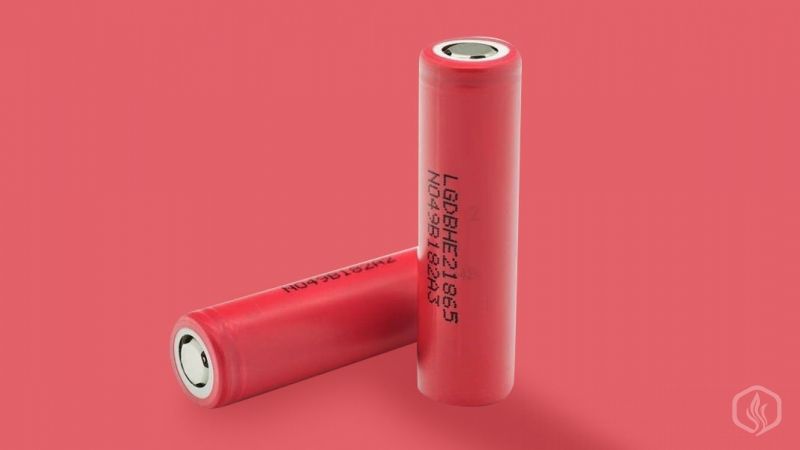 Vapers these days are more preoccupied with how hard their mod hits or how low they can build on it, instead of reading and understanding important aspects about the batteries which power e-cigs or better said...mods.

We're all shocked when seeing exploding batteries and people getting hurt, but at the same time we often say 'this will never happen to me because I never buy the cheapest vape batteries and I stay away from shady vendors'. Well, the truth of the matter is that a battery doesn't necessarily need to be cheap in order to cause damage and everything actually depends on how you use it.

The two main characteristics of any battery are the capacity (measured in mAh) and the continuous discharge rate (measured in Amps) and from my personal experience I can tell you right now that with a respectable manufacturer you can't get great readings on both values.

If you understand this principle then you should always know that when you see a battery rated at 3500mAh / 30A then clearly something is off. You should avoid things that seem too good to be true, because these manufacturers often use misleading information.

But what if you want the best of both worlds, is this something achievable? Well, as a matter of fact it is and it's called a dual parallel mod. Dual parallel mods use two 18650 batteries (have to be the same model, from the same company, and purchased at the same time) in order to combine their capacities and Amp ratings.

So if we were to use two identical 3000mAh/20A batteries inside a dual parallel mod, the resulting readings will give us 6000mAh/40A in total. This will translate in double the battery life (when using the same coil) or being able to build lower resistances (0.1 â€“ 0.15 Ohms).

At the same time you need to be extra careful when buying such a mod because there are also 'dual series' types of mods which work in a totally different (and way more dangerous way). In the case of a dual parallel mod, both batteries are inserted in the slots with the poles oriented in the same direction (both + signs up for instance), while in case of a series mod, one of the batteries is inserted with the positive side up and the other with the positive side up, which Â basically means stacking them one on top of the other.

Basic understanding of a series mod

To understand why a series mod requires an advanced understanding of electricity you should know that when you're stacking the batteries, the capacities and Amp readings remain the same and the only thing that changes is the voltage (which essentially doubles from 4.2 to 8.4).

And because of Ohm's Law, with the same coil build as on a single battery, you will draw twice the amount of Amps from these batteries. This is why it's always recommended that you never build lower than 0.5 Ohms on a series mod and the coils are going to get way hotter than in the case of a parallel mod.

Moving to recommended 18650 vape batteries for sub ohming, there are a few manufacturers who definitely stand out â€“ Sony, Samsung, Panasonic, and LG. If you're buying a battery from them (and you're positive it's not a clone) than chances are you can use it up to their Amp limit without any concerns.

Batteries for unregulated and regulated mods

Now when it comes to tips, probably the most important of them all is to never carry your batteries without placing them inside a case, a silicone pouch or inside your mod. If your battery has both sides exposed it could easily get in contact with metallic objects in your pocket, bag or luggage (keys, coins, aluminum foil etc.) cause a hard short and vent. Make sure you buy a plastic case and a desk storage case for your batteries and never underestimate this safety aspect.

Also when using a mechanical mod always make sure to have an Ohm meter around to test for the exact resistance and to check for shorts. Read Ohm's Law, understand it, and never build a coil that stresses your battery beyond its continuous discharge rate ( Voltage / Resistance = Amps, make sure you don't exceed the Amp rating of your battery, with a voltage of 4.2V).

Discard any battery with a teared wrap

And last but not least if you noticed that the wrap protecting your battery is damaged in any point, stop using that battery as it becomes dangerous. Besides hard shorts, it could make contact with the walls of your mechanical mod and auto fire in your pocket.Â

Buy another battery or, if you know what you are doing â€“ re-wrap your 18650 with a specially designed heat shrinking foil that you can buy from all the respectable vape shops, brick and mortars and online shops. Check for a video tutorial on re-wrapping batteries and use a simple hairdryer to make your cell as good as new.