A quick look at the Kamry K200 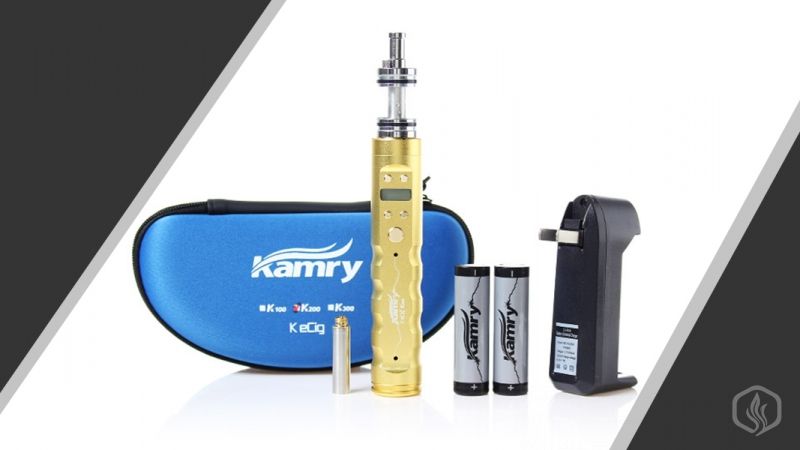 Established in 2007, in Shenzhen, China, Kamry is one of the leading companies in creating the most technologically advanced electronic cigarettes and is constantly putting out new models on the market in its effort to give vapers one of the best experiences out there. Some of its products like the KTS and the K100 have gained a lot of popularity in the vaping community and are still regarded with much pride by the people owning them.

Today we are going to take a closer look at the K200 model, one of Kamryâ€™s variable voltage/variable wattage devices that is becoming increasingly noticed by vapers all over the world. From the beginning, you will find yourself curious about this modelâ€™s design with its wavy body, flat face, and five buttons, that looks a bit like a cross between the famous Tesla mod and a Wii controller. The model comes in a few colors and it works with a 18650 battery.

The first impression is that of a very well built vv/vw advanced personal vaporizer, mostly due to its size and the weight of the K200 that we thought came with a battery inside. While the end cap screws tightly on the body, thereâ€™s the first negative vibe with the threading which tends to make noise when assembled and disassembled but if you donâ€™t mind it, itâ€™s the only â€˜flawâ€™ weâ€™ve noticed with the build quality.

After inserting the 18650 battery you start noticing what all the buttons are for. First of all, the large button is used for tuning on the device and of course for firing. The first two smaller buttons just above this one are used for controlling the voltage. The odd thing is that the left button is used to increase the voltage and the right one to decrease it, and takes some time to being accustomed to. The VV goes from 3.0V to 6.0V, which is a nice range, with 0.1V Increments, with the value shown on the simple three-character LCD display.

Of the top buttons, the one on the right is used for setting the wattage. Pressing it will cycle between 5W to 15W in 1W increments and you cannot lower the setting unless you go through all of the values until you reach the one you want. While we can skip the one-way adjustment that isnâ€™t really such a big deal, we are disappointed with the large 1-watt increment between settings, as most VW on the market allow for a fine tuning. On the other hand, a nice feature of this model is that you donâ€™t have to switch between the volts and the watts and each of them can be controlled individually.

The top button on the left allows you to switch between the LCDâ€™s background color and choose from white, red, green, blue, yellow, magenta or cyan. The LCD screen cannot be turned off.

The Kamry K200 has a standard 510 connection as well as an eGo threading, making it compatible with a variety of accessories. Itâ€™s also got a floating center pin, so we had no problem getting atomizers to sit flush with its 19mm slanted top.

The device loses its settings between battery swaps and you always need to re-tune it with the values you desire. Vapor production and throat hit are quite good and this is one lovely device to own, but it goes through the battery charge like a tornado. If you donâ€™t mind recharging it often, then this might just be the best vv/vw vaporizer for your budget.