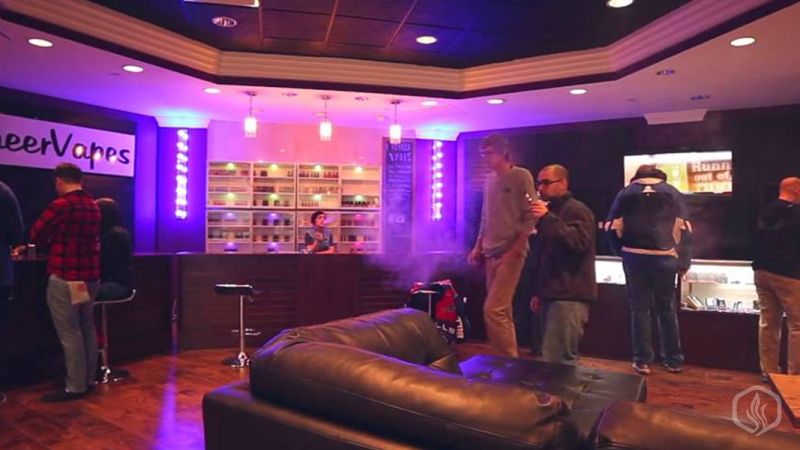 Part of Londonâ€™s vibrant atmosphere and Britainâ€™s culture, pubs have always been regarded as the soul of social life all across the island. Surely any trip to the British capital cannot be the same without a visit to at least one of these historic establishments, but in a recent turn of events pubs have slowly closed its doors on customers. With the introduction of the smoking ban back in 2007, many of the cityâ€™s pubs have gone out of business and converted into convenience stores or flats. The rate was very alarming back in 2009, when almost 52 pubs closed every week and the trend still continues today with 31 a week this year alone.

This fact is mostly due a massive reorientation in the social habits of Londoners, not only with respect with the recreational substances they currently enjoy but also with the place where they are allowed to use them. Electronic cigarettes have been introduced on the European market at probably the same time the smoking ban has been enforced and since then they have become increasingly popular since they are smokeless and both users and bystanders regard them as a safer alternative to get your nicotine fix. This is why Londonâ€™s pubs are slowly running out of customers and in their place vaping lounges are opening all across the city.

Back in March, the cityâ€™s first vaping lounge and coffee shop opened on Londonâ€™s east side. Suggestively called â€˜The Vape Labâ€™ it already has plans for expansion. The owners are prospecting at least three new locations in the metropolis and starting with 2015 they plan to expand in the rest of the United Kingdom and also Ireland. The Irish Republic can expect its first Vape Lab starting with the second half of next year. The Irish Independent believes there are more than one thousand vaping lounges in France and these types of establishments are also on the rise in the US.

Simultaneously, another entrepreneur named Ryan Lord has totally remodeled his establishment called Empire Coffee House, positioned in the Pendle district and designed it to be vape friendly. Since the customers are coming to the place like never before, the owner too has his mind set on expanding.

Vaping lounges in Ireland, like the very popular Phoenix iCig also made their owners consider expanding to several other towns and the trend is booming at a fast pace.

This comes to show the immense popularity of electronic cigarettes and how these devices can reinvent social establishment that are often getting ready to close their doors. Vapers are still few in numbers when comparing them with smokers but are certainly a different type of audience. Our guess is that these vaping lounges will someday surpass the number of traditional pubs and youâ€™ll be able to enjoy a nice cool pint of Guinness while puffing on your favorite e-juice.