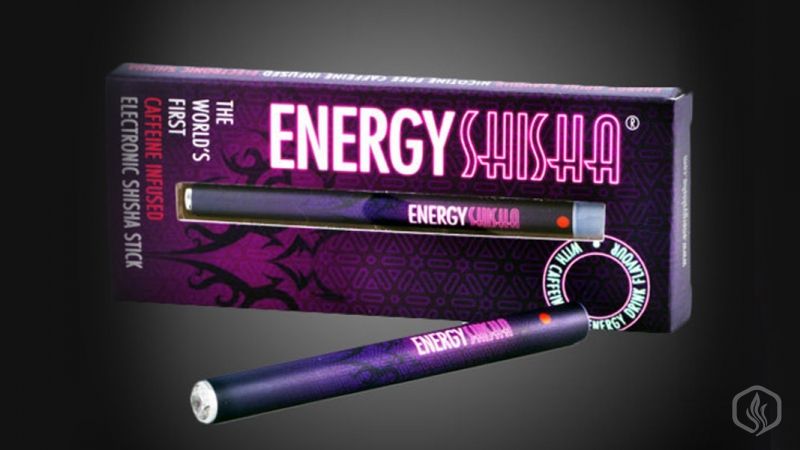 With the e-cigarette industry being in a continuous transformation, new developments are making the news every day, some of which are very interesting and innovative. Youâ€™ve probably heard of a shisha, a single or multi-stemmed instrument for vaporizing and smoking flavored tobacco in which the vapor or smoke is passed through a water basin â€’ often glass-based â€’ before inhalation. Imagine how it would be like to combine your favorite energy drink with the joy of vaping while listening to your favorite track in the club. This is probably what the people at â€˜Energy Shishaâ€™ had in mind when they released their product.

E-Shishas are slowly taking the lime light as they become the favorite new devices for the fashionable young crowd. They are handy and come in a discreet personal pen shaped, yet are packed with all the great experience of the traditional shisha. Whatâ€™s more interesting is the fact that you can find one that is infused with caffeine to give you more energy whenever you need it.

It comes in the shape and size of a regular cig-a-like disposable with a small weight and a diamond LED tip that lights up each time you take a puff on it. It delivers caffeine and taurine infused vapor that tastes just like your regular energy drink. Even though the flavor is quite sweet, it does not contain any added sugar and with no noticeable throat hit is a great alternative even for non-smokers to enjoy. The product does not contain any tobacco or nicotine.

The Energy Shisha contains Glycerol, Propylene Glycol, Flavoring, Caffeine (0.3% per ml) and Taurine. The taurine is used for inducing increased alertness and improved sensory awareness. One Energy Shisha can last up to 300 inhales, which can have the same effect as drinking up to 15 regular cans or bottles of energy drink (based on 20 inhalations/per can).

Even though 15 standard 250ml energy drink cans contain a total of 1200ml of caffeine, the average disposable has a tank of approx. 0.8ml of e-liquid which would translate in a total caffeine content of 0.003mg. The difference between the amounts of caffeine and the effect they have on the body is due to the fact that the vapor delivery mechanism is more efficient than the human digestive system. This ecig requires a small quantity of caffeine give results because itâ€™s going straight into the lungs. This ensures a safe passage to the brain , going around the liver take care of the caffeine like in the case of drinks.

The package recommends that you take no more than 5x3 second puffs in succession and you take no more than a total of 20 puffs in the time interval of an hour. Following these indications, you definitely receive the benefits of the caffeine and taurine and since weâ€™re talking of such a low amount of substance involved itâ€™s pretty hard to overdo it.

With electronic shishas, vapers can now puff some eliquid and inhale some energy into their system even if they are indoors without any concerns about the legality of use.