Electronic cigarettes make their appearance at the golden globes 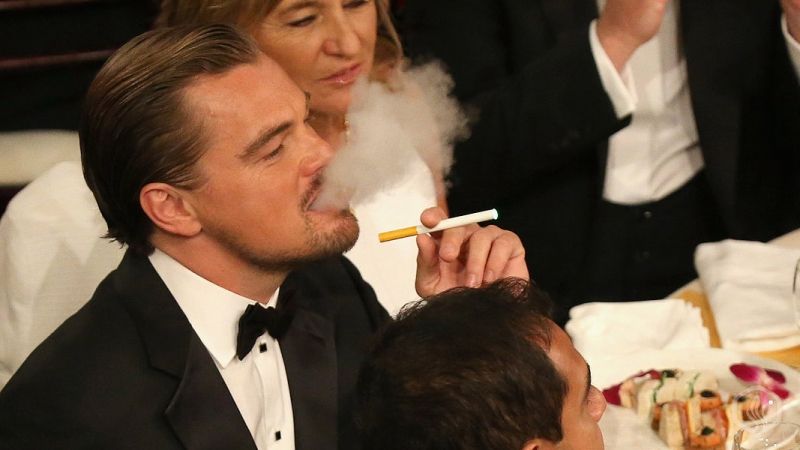 The electronic cigarette industry has become one of the hottest trends of the last few years and as it is constantly growing and developing itâ€™s no surprise that itâ€™s becoming very popular even among celebrities. Electronic cigarettes offer a healthier alternative to tobacco smoking, mimicking the experience but without the serious risks on your lungs and heart. They are battery powered devices that are used to produce nicotine infused, aromatic vapors from the ejuice stored in the tank with the help of an atomizer.

Celebs that ditched their traditional cigs

Hollywoodâ€™s ongoing love affair with e-smoking is well known. Leonardo DiCaprio and Katherine Heigl were the first to ditch their traditional cigarettes for e-cigs, and since then more and more of our favorite celebs have gone electronic too. Jenny McCarthy is another celebrity known to promote e-cigarettes. In her commercial for Blu Cigs, McCarthy wears a skimpy dress while touting the ability of e-cigarettes to help her pick up men and feel less guilty about her smoking habit.

Celebrities even use their electronic cigarettes at the golden globes. It drew a lot of attention at this yearâ€™s Golden Globes ceremony that took place on January 12.

At first glance it may seemed that Leonardo DiCaprio and Julia Louis-Dreyfus were enjoying their cigarettes and ignoring Californiaâ€™s two decade-long indoor smoking, but after a closer inspection they were in fact legally vaping from their ecigs. Leonardo was spotted vaping many times since he has made the switch and that night it was clearly helping him to calm his nerves at The Beverly Hilton Hotel before winning the award of Best Actor in the musical or comedy category.

Julia, on the other hand, called for being â€œtoo coolâ€ to sit with the television actors now that she was up for a nomination in film by hosts Tina Fey and Amy Poehler,  denied Reese Witherspoon a selfie with a dismissive wave and a big cloud of vapor.

Avoidance of attention to stars vaping

However these public escapades were not appreciated by some of the stateâ€™s law makers as a group of Democratic senators were asking NBC Universal and the Hollywood Foreign Press Association to avoid the â€œglamorizationâ€ of smoking e-cigarettes in future broadcasts of the Golden Globes.

â€œUnfortunately, this year, many young viewers saw notable displays of e-cigarette use through the awards showâ€¦ We are troubled that these images glamorize smoking and serve as celebrity endorsements that could encourage young fans to begin smoking.â€ argued Dick Durbin, Richard Blumenthal, Sherrod Brown, and Ed Markey all of them Senators in the US Congress.

Even though numerous experts and studies have emphasized that more research needs to be done before ecigs can be considered a safe alternative to smoking, vaping represent a hot new trend among the crowd.