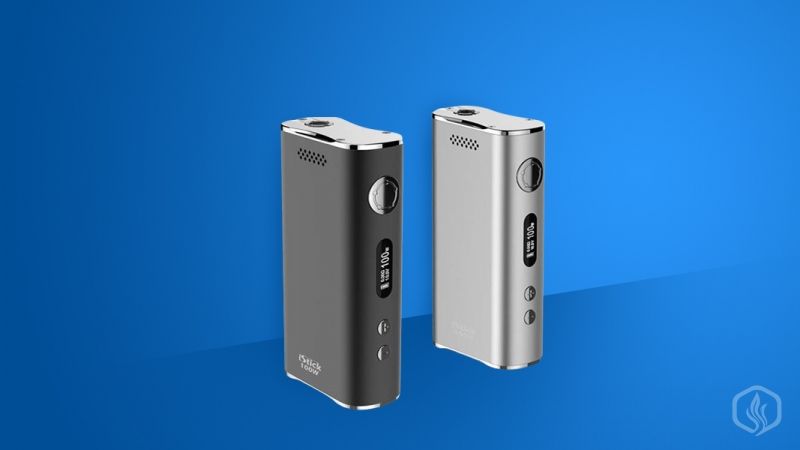 In the ecig industry some companies become extremely popular after releasing a product that becomes an instant hit, while others disappear unnoticed before getting the chance at success. One story about going straight to the top is with Eleaf, a Chinese company that managed to break all the records in sales and become one of the biggest names when it comes to vaping. This is why today we are going to talk a bit about the iStick series, a line of products that have become so popular they managed to shape the whole market towards petite sized advanced personal vaporizers.

Box mods have always been part of the ecig landscape, with devices like the iTaste MVPs, the Pioneer4you iPVs and the DNA 30s becoming legendary across the vaping community. However, there was a niche open for a different type of advanced personal vaporizer â€“ the compact box mod. A device that would appeal to both beginners and intermediate vapers, that would be dependable and stealthy, and that would come in a range of colors for both male and female vapers.

This is how the first iStick was born, a compact 75mm*21mm*32.8mm rectangular shaped mod that could go as high as 20W and that was powered by an impressive 2,200mAh internal battery. Due to the simple yet elegant design, the flawless performance, the quality of materials and attention to details, it was soon one of the hottest selling items, with vendors having to restock each couple of weeks. The iStick 20W features chrome plates on the top and bottom and a very stealthy form factor. On the top we have the 510 connector (thatâ€™s non-adjustable) and on the main side we have the firing button, the OLED display and the two adjustment buttons. The micro-USB charging port is located on the base and the device comes in four different color options â€“ blue, red, silver, and black.

But soon enough, vapers started to ask from Eleaf a bit more power and the ability to work with at least some of the sub-tanks starting to be

released on the market about the same time. The companyâ€™s response was the iStick 30W, an improved version of the original model, with a bigger chrome plate at the top to accommodate even 22mm tanks and a spring-loaded 510 connector to prevent any compatibility issues. Â The new iStick measured 23.0mm * 32.5 mm * 77.0mm, came in the same range of colors and with the same internal battery but was able to hit 30W and could fire as low as 0.4 Ohms. This is still a well-selling item even after months of being released and it comes to show just how popular the iStick has turned out to be.

And since the female vapers wanted something even smaller to put inside their purses and carry around all day, Eleaf decided to release yet another iStick on the market and this time it was the Mini version. The Mini iSitck measures only 21 mm * 32.5mm * 52mm and is powered by an equally small 1050mAh internal battery. Since the form factor couldnâ€™t accommodate the OLED display on the side, the company decided to fit it at the top and to make it circular in shape. The Mini iStick can reach a maximum of 10W and it comes in the same colors as the original model, so itâ€™s also a good selling product, competing directly with the eGo style batteries.

battery capacity (4,400mAh). This iStick can fire as low as 0.2 Ohms and the spring loaded 510 connector was moved towards the back of the mod to make it flush with any 22mm tank. It comes with a temperature alarm that stopped the device from firing as the internal chip reached 70 degrees Celsius. This device comes in the same range of colors as the previous products from the iStick series, however the adjustment buttons and OLED display have been moved Â to the face of the mod.

And once you have a product that becomes legendary, you constantly need to improve it and release newer versions to the demanding customers, so Eleaf decided to redesign the popular compact box mods and upgrade them to the latest technologies. The iStick 40W TC and the iStick 100W are the latest addition to the series, but we are going to talk about them in a future article. Until then, you are probably going to see them both in our reviews section.