Which eGo battery to pick? Here is what you should considder 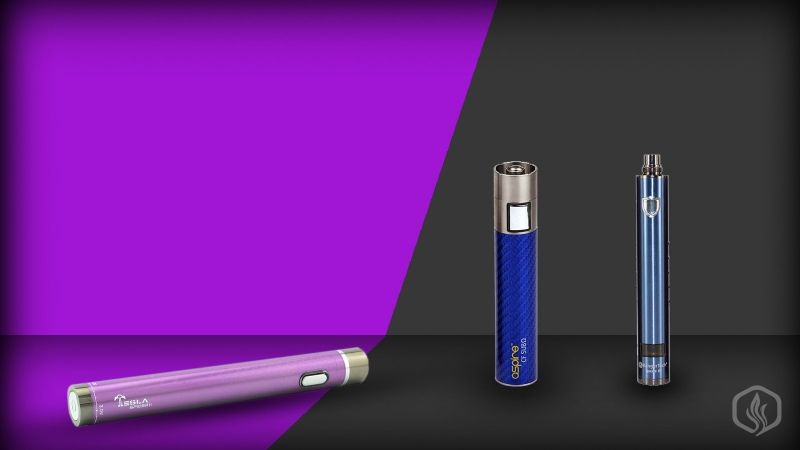 Next to cig-a-likes, eGo batteries were the first electronic cigarettes to be invented and itâ€™s no surprise that these devices are still popular after so many years. Their principle is simple, yet effective â€“ eGos are manual batteries used to power clearomizers filled with e-liquid. Unlike traditional e-cigarettes that resembled  tobacco smokes, the ego vapes have more of a pen shape and pack more powerful batteries inside.

The eGo batteries of today

Nowadays we have a totally different type of eGo batteries, much more powerful than their predecessors and getting closer and closer in terms of features to advanced personal vaporizers. And these devices are very appealing especially to beginners that want to switch from tobacco but also to regular vapers that want a light and portable e-cigarette to take with them on the go. But having so many similar devices out there can sometimes be confusing, so we are going to help you shed some light on eGo batteries and decide which one is best for you.

We are going to start with Kanger, the creators of the EVOD, one of the most popular batteries of this kind and certainly one of the best performing. The EVOD comes in two models â€“ the 650 mAh version and the 1,000 mAh version. Both versions are available in a wide range of colors and they both work with eGo and 510 type accessories. These are some of the most basic eGo style batteries on the market but at the same time some of the most dependable. You only have to screw on a clearomizer or tank and you are ready to puff at a constant 3.7v output.

The EVOD twist is another type of eGo battery from Kanger, that also comes in two versions (650 mAh and 1,000 mAh) but has an extra feature â€“ a dial at the bottom to select the output voltage between 3.2 and 4.8V. So these are essentially variable voltage devices and are much more versatile than the original EVODs.

Out of the models mentioned above, clearly the most powerful and technologically advanced is the IPOW 2 â€“ thatâ€™s more of a small mod than eGo. It can put out an amazing 15W of power and if you pair it with a reasonably capable tank like the Nautilus Mini you will be puffing out impressive clouds.

Next in line is the EMOW, with its 1,300 battery and variable voltage. You should take note that even the IPOW2, the most advanced of them, works with atomizer resistances of 1.0 Ohm minimum, so thereâ€™s no chance of sub-ohming with any of these products.

Innokin is another e-cigarette manufacturer that became famous for its charismatic and unique eGo style batteries. The VV4 series is more of a mini-mod like variable voltage / variable wattage battery that packs a lot of power. The original VV4 is a square shaped eGo battery with a generous display and two extra (+) / (-) adjustment buttons besides the main firing button. It has the ability to work in variable voltage mode from 3.0 to 6.0 volts in 0.1V increments and also the ability to work in variable wattage mode from 6.0 to 15.0 watts in 0.5W increments. It is powered by an internal 750 mAh battery and you can easily switch between vaping modes by a couple of clicks. It has an included ohms meter to show you the resistance of your current atomizer and it can go as low as 0.8 Ohms â€“ so you can even experiment sub-ohming with it. It is fitted with a 4.0A fuse and it can work with both eGo or 510 style clearomizers and tanks for added versatility. It is by far one of the most capable batteries on the market today and a great choice for all those vapers looking for the ultimate mini-mod.

The VV4-M from Innokin is another variation of the VV4 series, but the only difference being in terms of battery capacity â€“ this one being rated at 1,000 mAh â€“ so  you are looking at around a full day of moderate vaping.

Another great eGo style product from Innokin is the CLK or â€˜Clickâ€™, which is essentially a twist type battery that features a different type of adjustment dial at the bottom. Rather than allowing you two gradually twist the dial between voltages, the CLK will snap on to predefined values and make the signature clicking sound. You can choose between 3.5, 3.8, 4.0, 4.3, 4.5, 4.8, 5.0V and you have a maximum power output of 15W.

The CLK comes in two versions â€“ the 800 mAh and the 1,280 mAh â€“ the only difference being in battery capacity. Included in the box you will also find a nice lanyard so you can carry the small battery around your neck and vape on it even when you are doing chores. A nice feature about the CLK is that you can use it in pass-through mode because it has a separate micro-USB charging port on the side. Regular eGo style batteries are generally recharged via an eGo connector that you can only mount once you unscrew the clearomizer. It is both 510 and eGo threaded and itâ€™s very appealing to ladies because of its range of colors and finishes.

Aspire - one of the industry leaders

Aspire has also recently become a player on the eGo market with the release of these powerful and superior Vape pens â€“ the CF Sub Ohm and the Variable Voltage. These carbon fiber coated batteries are designed to work best with Aspireâ€™s range of tanks but you can also use them with any compatible 510 or eGo style accessories. The Variable Voltage comes in different battery capacities from 650 mAh all the way to 1,600 mAh. As the name tells it, the main feature of these devices is the variable voltage and you can adjust it between 3.3V and 4.8V via the dial located at the bottom.

The G-Power that features a constant 4.2V output and comes in the same shapes and sizes as the VV, the Pass-Through â€“ 900 mAh / 4.2V / 14.8mm diameter, and the 22mm CF Mod that features variable voltage and works with an external 18650 battery.

Another great battery from Aspire is the CF Sub Ohm, a 22mm /2,000 mAh beast that is able to work with atomizers or tanks having a resistance between 0.3 â€“ 1.0 Ohms. It the perfect tool for Aspireâ€™s flagship tank the Atlantis and works in the same way as a mechanical mod, with no added variable voltage or variable wattage features.

Tesla is also a recent eGo style battery manufacturer with its Spider and Sidewinder series. Both the Spider and Sidewinder are essentially eGo twist batteries but each one has its own distinct features. The Spider I has a capacity of 1,300 mAh and variable voltage capabilities between 3.3 to 4.8V. The Spider II has the same capacity, but it can go from 3.0 to 6.0V and can handle atomizer resistances from 0.5 to 5.0 Ohms. The sidewinder is a bigger battery rated at 2,000 mAh that also features variable voltage between 3.3 â€“ 4.8V. All of the batteries from Tesla work with both eGO and 510 style clearomizers and tanks.

And last but not least, we cannot end this article without mentioning about the Vision Spinner 2. The new and improved eGO battery has built quite a reputation in the last year and now it features 1,600 mAh and variable voltage between 3.3V to 4.8V. You can use this with any eGO or 510 accessories and, like most products we have discussed about, this also has a backlit power button.

So there you have it, some of the best performing eGo vape batteries on the market today that are surely going to become as legendary as their predecessors. And now that you know a bit about every one of them, it is probably going to be easier to pick one thatâ€™s suited for you vaping necessities.