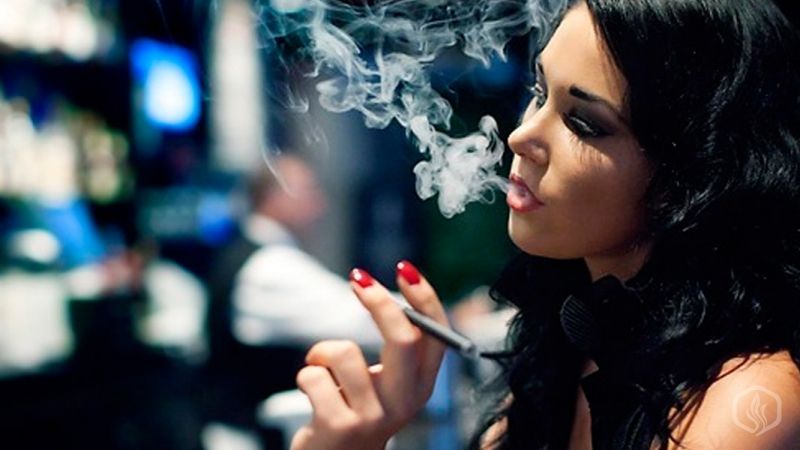 Even though smoking was generally associated with masculinity and iconic figures like the Marlboro Man and the legendary cowboys, women also have used tobacco products along the years to exemplify their independence but also as a fashion statement. However, with the introduction of the e-cig just a few years ago, these tiny devices became even more appealing to the female audience, mostly due to being a healthier and safer alternative to traditional tobacco. We all know itâ€™s quite chic to see a gorgeous lady puffing out cigarette smoke, but up close the tobacco breath, yellowish teeth and smelly hands can sometimes be repelling to a non-smoker. With e-cigarettes for women there are no more worries about these nasty side effects and women all over can enjoy getting their nicotine fix but without the negatives of smoking.

Many vaping celebrities have been spotted taking long puffs on their e-cigarettes and this was such a lovely surprise. Paris Hilton, Miley Cyrus, Lindsay Lohan, Katherine Heigl, Katy Perry, Britney Spears, Jenny McCarthy and Kate Moss became even more popular after embracing this safer alternative to tobacco smoking.

From all the types of electronic cigarettes on the market, there is a model that is the most appealing to women. We are talking of course about the traditional cig-a-like look that so many companies are specialized in. While having roughly the same shape and size as regular analogs, they also have a light weight and feel very well balanced in the hand. They are also a lot easier to use than other models because they mostly come with an automatic battery. This means that the only fuss is to replace the cartomizers once they are depleted which can be done with some simple twists.

From all the brands, there is one in particular that addressed only the female audience. Vapor Couture is the sister company of the renowned V2 Cigs, offering the same quality but with fashionable devices, designed as real accessories that would match any outfit. This electronic cigarette brand is truly meant to meet the needs of women, not only because of their performance and quality but mostly to due to the wide variety of styles and colors.

Another very popular brand between female vapers is Blu Cigs. These distinctively black electronic cigarettes with the blue colored LED tip can match most outfits and nightgowns. This is why many celebrities have been spotted puffing on such devices during award ceremonies.

But some women like to spoil themselves not only with a fashion statement but also with the thickest clouds of vapor e-cigarettes can deliver. This is probably why stars like Katherine Heigl and Katy Perry were spotted in public while using their advanced personal vaporizers. While some requiring their batteries to be recharged separately and their tanks to be refilled with eliquid rather than just replacing cartomizers, these types of devices do deliver the best possible vaping experience in matters of flavor, throat hit and vapor production.

So, like in the case of all the other accessories that you fancy so much, if you find an e-cigarette model that will suit your lifestyle then have no worries, it will get you noticed as well as giving the nicotine fix you crave for so badly.