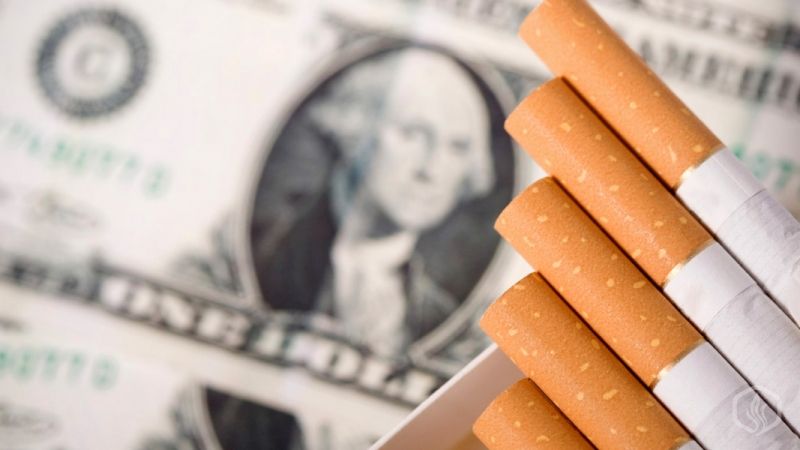 Smoking is pricey, but when ordinary people consider the costs of tobacco smoking, they usually limit their perspective only to the true costs of the tobacco cigarettes they smoke. While the cost of cigarettes by itself can add up to close to $1500 a year for a regular smoker, the reality is that the price of cigarettes represents only a small percent of the overall monetary expenditure of smoking.

In their book â€˜The Price of Smoking,â€™ Duke University health economists calculated this sum by analyzing all the costs of smoking that included costs to the smoker, to the smokerâ€™s family and to society. While the financial aspects of smoking should not be the only reason to make you consider quitting, you may not be aware of how much smoking is actually costing you in so many ways.

Other expenses, such as health insurance, life insurance, and healthcare can increase dramatically when you are a smoker. It is estimated that 30-year-old smokers pay somewhere between 16 and 41 percent more for health insurance premiums than their non-smoking counterparts. Life insurance premiums are also increasingly higher for smokers, as much as 50 percent more because they are not expected to live as long as nonsmokers, therefore making their yearly fees considerably higher.

Breath, teeth, clothes, nails, and skin are all affected when smoking tobacco cigarettes. Whitening toothpaste, visits to the dentist, perfume, dry cleaning bills, and breath fresheners all add up to a consistent sum each year.

When it comes to illnesses, smokers are also statistically naturally inclined to spend more money in hospitals due to the increased frequency. Moreover, this leads into the money spent on medications, because increased illness are directly proportional with increased need for medication. Cigarette smoking is accounted for more than 480,000 deaths per year in the United States, including an estimated 41,000 deaths resulting from secondhand smoke exposure. This translates to about one in five deaths annually, or 1,300 deaths every day.

Smokers also present a greater risk of burning down their house than nonsmokers and this risk is reflected in higher homeownerâ€™s insurance premium payments. In addition, tobacco smoking leaves a bad smell in a house, thus decreasing its value to potential buyers.

Smokers have an increased risk of getting into a car accident than this is reflected in their car insurance premium payments. Also due to the bad smell that can linger for years, the value of the car is decreased to potential buyers or when traded-in for another car.

In our days, smoking is no longer a socially acceptable activity with bans continuing to rise in locations like restaurants, bars, airports, hotels, ballparks, and in the work place, thus making smokers feel socially stigmatized.

On the other hand, electronic cigarettes cost only a fraction of the total expenses of tobacco smoke and they do not have the same added burdens. They donâ€™t produce thousands of chemicals, no second hand smoke and no bad aftertaste. You home and car will always smell and the impact on your health and insurance will be minimal.