Some helpful advice for the vaping beginner 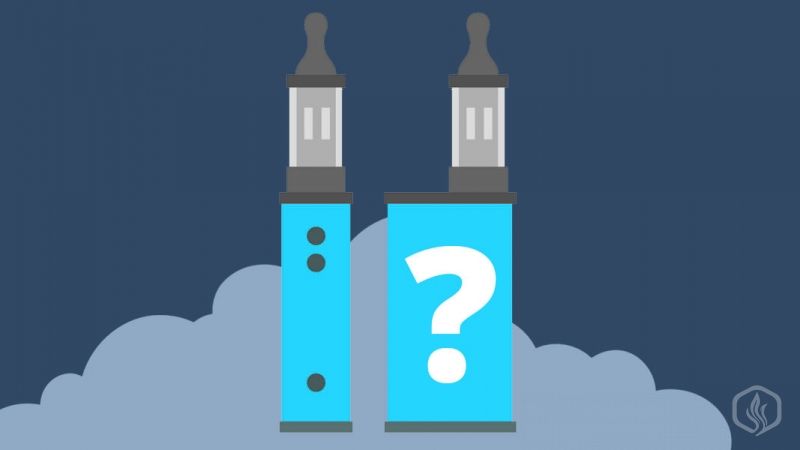 The vaping industry has witnessed a spectacular development in the last few years and nowadays there are hundreds of products on the market which can offer a more than satisfying experience at a very reasonable price. But, as always, it's a matter of taste and personal preference and there's no such thing as 'the best vaporizer', 'the best tank' or even 'the best e-liquid'. If you don't have a vape shop near you, then buying online is a constant trial and error process because not everything is designed for the same style of vaping and even if a product matches your profile it might still require understanding of some basic principles and the acquirement of coiling and wicking skills. This is why I decided to give some advice for the vaping beginner and shed some light on a few of the main issues I get constant emails about.

The first thing you need to understand is that there are two main styles of vaping and many of the devices available today are designed either for one of them or for both. The styles of vaping I'm talking about are usually referred to as mouth to lung vaping (or MTL) and direct lung vaping (or DL/DI). Mouth to lung vaping is the type of vaping where the user first takes the vapor into his / her mouth and then inhales it into the lungs. This is very similar to smoking a combustible cigarette and it's the ideal way to start your vaping journey with.

Direct lung vaping is a style of vaping that derived from the original mouth to lung and it most likely started to become popular together with the niche of the industry we call modding. Mechanical mods usually go great with rebuildable dripping atomizers (or RDAs) and these require an airier draw. This style of vaping involves inhaling the vapor from the atomizer directly into the lungs and an analogy that comes to mind is like breathing from a tube with your mouth.

But why the need for another style of vaping you might ask yourself and why are some people constantly arguing and advocating for one or the other. Well, mainly because we are so different and because some people feel more satisfied with one style as opposed to the other. The main thing you need to understand is that there's no right or wrong way to vape as long as you stay away from analogs and as times passes you will eventually pick a style and stick with it.

TIP: When making the switch from smoking to vaping I would recommend starting with a device that's build for mouth to lung inhales. This is mainly due to the fact that you're used to a tighter draw and if you inhale straight into your lungs it might generate a lot of coughing. Of course there are vapers out there who started with direct lung inhales right from the start, but it takes some time for your body to get used to the feeling.

Another thing you really need to consider is the nicotine concentration of your e-liquid. If you plan to start with a mouth to lung device and are a heavy smoker then I would suggest going for a concentration of 18mg, which you can gradually reduce afterwards. If you plan to start with a direct lung type of device then I wouldn't recommend going higher than 6mg.

TIP: If you have a device that works with both mouth to lung and direct lung inhales like the Cubis tank from Joyetech, then I would recommend getting two smaller bottles of e-liquid one in the maximum concentration and one with zero concentration. You can try the maximum concentration with the mouth to lung coils and if you're not satisfied you can use the direct lung coils with Â¾ of the tank filled with 0mg juice and the rest Â¼ filled with the max nicotine juice. This will ensure a lower nicotine intake for those powerful lung inhales. You can always play with the ratios if you feel you need more or less nicotine and the investment is minimal.

When switching from analogs to vaping

Switching from smoking to vaping isn't always a pleasant experience right from the start and it might take a while for your body to get used to the new style. During this period you might experience stuff like coughing, dried mouth, mouth ulcers, and throat irritation and it takes about two weeks for all of the symptoms to disappear.

TIP: when making the switch, go for a higher VG concentration e-liquid (something like 70/30) and avoid 50/50 or 60/40 blends. PG is an irritant and it can worsen some of the symptoms so a higher VG concentration might spare you some trouble. Also there are people who are allergic to PG in which case there are high VG alternatives, however you need proper vaping setups for these types of e-liquids as they are a lot thicker and don't wick as well.

When it comes to vaping devices, the main thing you need to understand is that any setup consists of two parts the mod (or battery) and the atomizer (or tank). Mods come in different shapes and sizes and they transfer the power of the built in (or swappable battery) to the coil(s) of the atomizer. They are often grouped into: mechanical mods (unregulated â€“ the power drops as the battery loses its charge), electronic mods (regulated- the power stays constant during the whole battery charge) and eGo style batteries (pen shaped devices with a single button). Atomizers also come in a variety of shapes and sizes and they are grouped into: tanks (or clearomizers â€“ usually work with pre-built coil heads), RTAs (rebuildable tank atomizers â€“ require coiling and wicking) and RDAs (rebuildable dripping atomizers â€“ require coiling and wicking).

TIP: when making the switch I wouldn't recommend going for a mechanical mod or for a device that requires coiling and wicking at home. The best option would be a beginner style starter kit or an electronic mod and tank combo. These are way much simpler to use and many of today's starter kits as well as tanks come with separate coils for mouth to lung vaping as well as direct lung vaping to help you decide on a style you enjoy.

Electronic mods come with a variety of features that are great for beginners like variable wattage, temperature control and safety circuits and they often have a display and adjustment buttons. It's easier to find a sweet spot when you're able to adjust the wattage or set a specific temperature for the coils and you can always upgrade your atomizer when it no longer satisfies your requirements. Nowadays we have mods that go from a maximum of 30W to a maximum of 200W (or even more), mods which work with internal batteries and mods which work with either one, two or even three swappable batteries. Also we have 200W mods that cost $50 and other 200W mods that cost over $150 so there are plenty of choices for any pocket, but which one to choose? From my experience, a beginner doesn't really need more than 50W, and that's in the case in which he adopts the direct lung inhale style of vaping. For mouth to lung vaping 30W is more than enough to power any type of tank or RTA which offers this option.

TIP: Great kits for mouth to lung vaping are: The Aspire Plato, the Joyetech eGO AIO, the Subox Nano, the Innokin Endura T18, and the Vaporfi Vice. For direct lung vaping you might want to check out: the Vaporfi Edge, the Apollo Ohm Go kit, the UD Balrog and the Kanger Nebox.