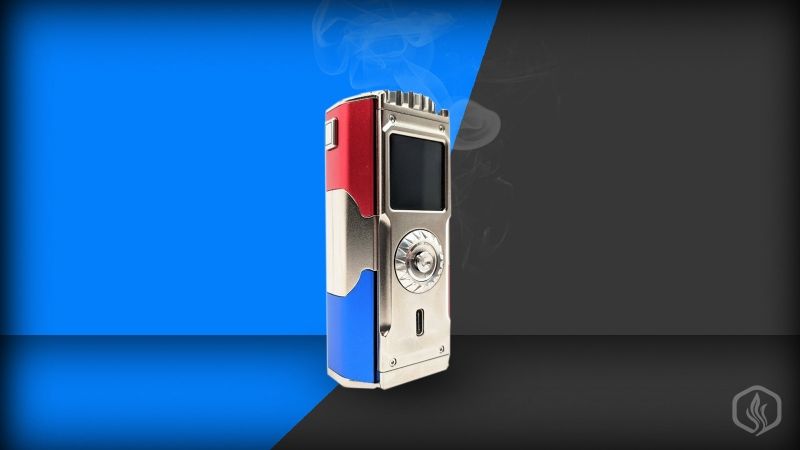 Yihi have always been one of the top Chinese mod manufactures. We tested several of their products and the looks and built quality was always outstanding. However, with the SX Mini T Class it seems they hit a small bump in the road design wise because this box mod is in the "love it or hate it category". For some reason Yihi decided it would be a good idea to go for a fidget spinner theme, despite that these toys are no longer hype.

Joystick needs some time to get used to

Not many improvements over its predecessor

We've featured the SX Mini G-Class as one of the best box mods for well over a year now, and the good news is the T Class uses an upgraded version of the same spectacular chip. It still uses the joystick, which we know some people can't stand, and now it even comes with color changing LED lights.

What you get in the Yihi SX Mini T Class box

The Yihi SX Mini T Class comes packed in a high quality white presentation box. Inside you will find the mod itself, an USB type C cable for charging and upgrades, a comprehensive user manual, the warranty and the warning card.

You can get this device in four different colors, two inspired from Captain America and two from Black Shadow. We personally recommend going for the Black Shadow version, which looks way better than the other three options.

Design and main features of the T Class

The device measures 98mm x 49mm x 33.5mm and has a reasonable amount of weight to it. However, despite its bulky appearance it feels nice and balanced in the hand and the build quality is pretty good. It's made from zinc alloy with stainless steel accents and the paint job seems very durable.

On top of the Yihi SX Mini T Class we have a beefy, spring loaded 510 connector which works with atomizers up to 30mm in diameter without any overhang. This is surrounded by fidget spinner type of cog, made from stainless steel. The idea behind this is probably to prevent users from getting bored while they are vaping. Unfortunately the toy doesn't spin as fast or as long as any of the actual fidget spinners we've played with, but we're sure it's going to have its fans.

On the front of the mod we have the beautiful IPS TFT HD color display, the joystick and the USB type C slot. We also have a fidget spinner insert all around the joystick and this one looks it was inspired by a Japanese shuriken. It doesn't spin even as fast as the top one but it makes the device look pretty bad-ass.

Fire button has been placed on the side and battery door is on the base. One thing worth mentioning is that the SX MINI logo is backlit by colorful LED, which you can change or turn off from the menu.

The Yihi SX Mini T Class is powered by the all new SX580J chip. This is an improved version of the original SX550J but it terms of menu and output power it's almost identical. It still uses Bluetooth technology to connect to your smartphone and this time the process is much easier.

You can adjust wattage between 5 â€“ 200W and the mod can fire down to 0.05 Ohms. Voltage ranges from 0.1 â€“ 8.0V and we have temperature control presets for Nickel, Titanium, Stainless Steel as well as a TCR function. Temperature range is between 212 â€“ 572F and you can also set it to Celsius. There are five preset power curves: Eco, Soft, Standard, Power and Powerful+ as well as five memory slots to save your custom adjustments.

The mod features upgradeable firmware and you can also upload your own logo via USB cable. Settings can be adjusted from your phone through Bluetooth and we didn't have any issues with the board during our tests.

In terms of performance the Yihi SX Mini T Class doesn't disappoint. It falls on the footsteps of its predecessor, however aside from the display and the menu, we haven't noticed too many changes from the original model. Temperature control works like a charm and responsiveness is at its highest.

In terms of design however, we don't particularly fancy the fidget spinners or the colorful LED logo. These are all gimmicks and we're used to getting more serious products from Yihi. There's nothing wrong with being creative, we're just not sure how many SX Mini fans would actually buy the mod. 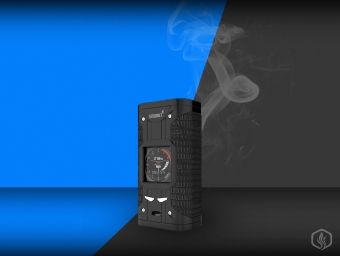 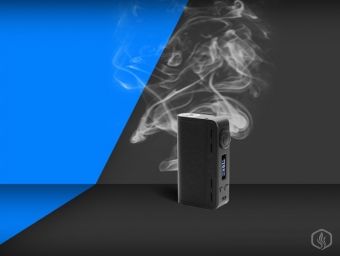