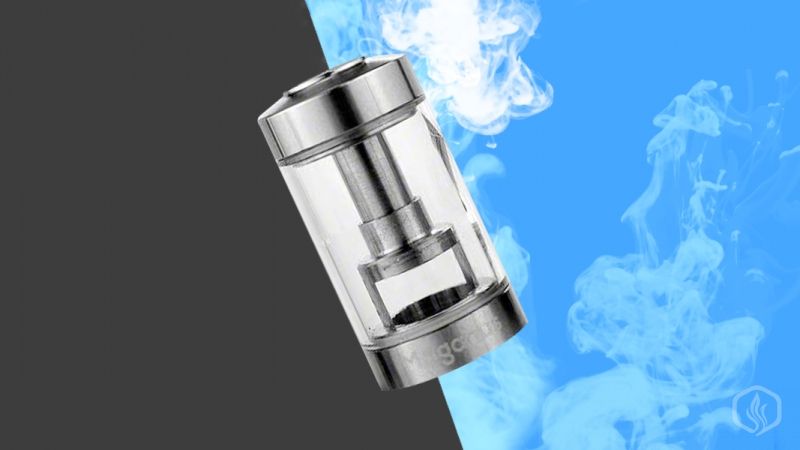 Works up to 150W
Vaping on the  Maganus DVC Tank is an absolute privilege and it’s one of the best experiences I’ve ever had. Thick, lush and flavorful clouds that made me rediscover some new notes in my old e-liquids. A great tank for everyday home vaping, but a big difficult to carry around due to its size. Big A+ from me and the guys.
8.2 Ecigguides Editors' Rating

Once you start vaping on any of the sub-ohm tanks available on the market it pretty hard to turn back to regular clearomizers. The flavor, vapor production and throat hit are just so hypnotizing and some of the recently released model outperform even a few RDAs. I borrowed the Maganus DVC Tank from a friend of mine (big shout to Robert for letting me test his brand new toy), been using it for the last four days, and folks it really put a huge smile on my face. What’s unique about this particular device is the airflow, which – from all the sub-tanks that we’ve tested so far – we believe is be the best one to date.

The name DVC stands for Dual Vertical Coils and with this model they are parallel (instead of being stacked one on top of the other) and surrounded by organic cotton wicks. It is also rated to work with wattages anywhere between 20W all the way up to 150W, however I did go as high as 100W with it on my Sigelei and the vapor was rather hot for my taste. This doesn’t mean you can’t go to 150W, but what’s the point? This monster of a tank already proves it’s domination once you’re over the 50W limit.

The Maganus DVC Tank comes packed in a transparent, hard plastic case and inside you can notice the fully assembled unit that comes with a 0.5 Ohm coil inside, a user’s manual, a spare Pyrex tube (big thumbs up), and a spare 0.2 Ohm coil. The manual is pretty comprehensive and it explains all the parts and functionality of the tank so another thumbs up for Vapeston for the effort. Looking at the tank up close, you’ll notice the solid stainless steel and glass construction as well as the size (it’s remarkably similar in length with the original Subtank – so it’s quite big). Another great thing is that this beast holds up to 4.8ml of e-liquid on a single refill so you don’t have to worry about it not getting through a whole day of regular vaping.

I told you about the airflow on this tank, but it’s only when you take a closer look at it that you begin to notice how massive the hole is – just

like the one on many RDA’s we’ve seen out there. And you know those bezels that you can turn on high-end scuba-diving watches? Well, it feels the same with the adjustable airflow mechanism on the Maganus DVC Tank. Instead of just gradually covering the air slot, this bad boy clicks in place with every turn of the dial and it even makes that unique sound. The wide bore drip tip is made from stainless steel and I didn’t encounter any issues with it as it doesn’t get too hot in day to day use. On the bottom side you’ll notice the 510 connection that comes with excellent threading.

To refill the tank you will need to unscrew the base and use a dripper or any pointy e-liquid bottle, as there are some slots to guide you from where to pour the juice. Also to replace the atomizer heads you simply need to take out the old one and mount a new one in its place. Each time you do this we recommend pouring a few drops of e-juice on the wicking itself and keep the tank vertically for at least a couple of minutes before puffing on it. Also, make sure you start with a low wattage setting and gradually increase the power as it can prematurely burn your coil. However, once it gets saturated with e-liquid you won’t get any dry hits because of the four massive juice flow slots in each atomizer head.

Vaping on the  Maganus DVC Tank is an absolute privilege and it’s one of the best experiences I’ve ever had. Thick, lush and flavorful clouds that made me rediscover some new notes in my old e-liquids. A great tank for everyday home vaping, but a big difficult to carry around due to its size. Big A+ from me and the guys.

Rating of the Maganus Dvc Tank 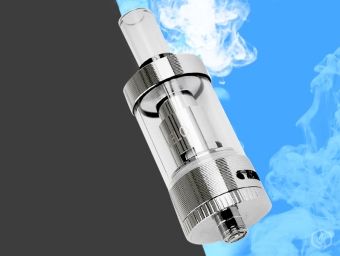 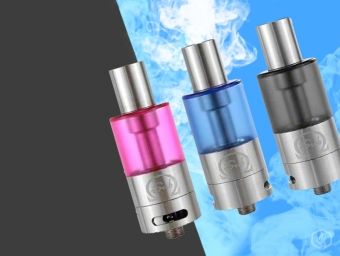 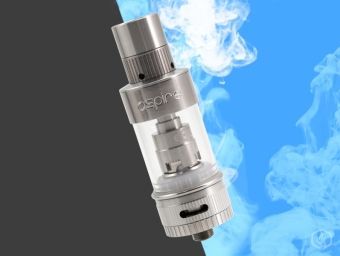 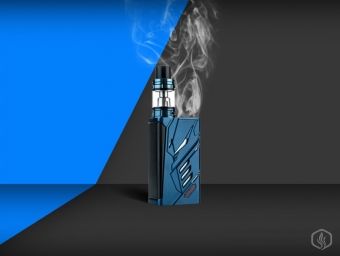